Not all gifts are received well, even if the intention is good. A gift acceptable in one culture may be considered bad luck in another. Here we list the top 5 gifts that according to the rules of Feng Shui, you should never offer. We also give the myths and reasons why these gifts are not recommended. 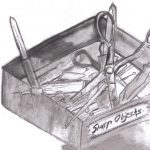 It seems remarkable that a chainsaw, hunting knife, letter opener, scissors and Swiss Army knife are considered unsuitable as gifts when they are commonly given in the Western world, and received with delight.

In Feng Shui, there are two reasons that make sharp items objectionable. To gift a sharp object will be seen as literally severing the friendship. Sharp objects are also seen as a natural source of Shar Chi, which means that you will unintentionally send bad luck to your recipient.

In the West, it is very common for wall clocks, wrist-watches and other timepieces to be considered for gifts. They are particularly common as retirement presents or as a gift from the bride to her groom and much else.

In China, the suggestion is that by measuring the passage of time, you are limiting a lifespan. In addition, in Cantonese, a clock is a soong joong, which sounds exactly like the Chinese term for attending a funeral and is therefore considered taboo.

If you send your lover a romantic bouquet of red roses, it will be the beginning of the end of the relationship. The longer the stem and the sharper the thorns, the more the relationship will suffer.
In Feng Shui, it is best to gift yellow roses if you want to be romantic, with the thorns removed of course. Cream or pink roses are acceptable, but yellow is best.

Never send red and white flowers to a loved one who is in hospital. A gift comprising a bunch of red and white blooms are considered to be a death wish.

In Cantonese, the word for shoes, ‘hai’, sounds very much like a sigh and suggests much unhappiness. If you send a gift of shoes, it is similar to sending bad luck to them.

Handkerchiefs are used to wipe away sweat and tears, which suggests a lot of sadness and frustration and is not a good chi.

How to Find the Perfect Gift 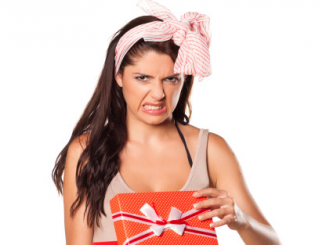 Five Gifts You Should Never Give 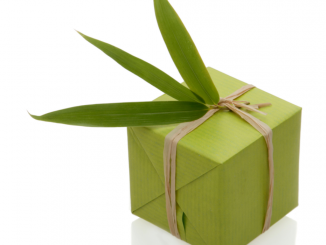 Eco-Friendly Holidays and Celebrations: Ideas to Green Your Traditions 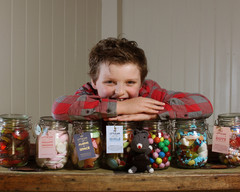 Something for the real children!